Potato Facts: Origins of the Potato

The potato, from the perennial Solanum tuberosum, is the world’s fourth largest food crop, following rice, wheat, and maize.

The Inca Indians in Peru were the first to cultivate potatoes around 8,000 BC to 5,000 B.C. In 1536 Spanish Conquistadors conquered Peru, discovered the flavors of the potato, and carried them to Europe.

Sir Walter Raleigh introduced potatoes to Ireland in 1589 on the 40,000 acres of land near Cork. It took nearly four decades for the potato to spread to the rest of Europe.

Eventually, agriculturalists in Europe found potatoes easier to grow and cultivate than other staple crops, such as wheat and oats. Most importantly, it became known that potatoes contained most of the vitamins needed for sustenance, and they could be provided to nearly 10 people for each acre of land cultivated.

Potatoes in the United States

Potatoes arrived in the Colonies in 1621 when the Governor of Bermuda, Nathaniel Butler, sent two large cedar chests containing potatoes and other vegetables to Governor Francis Wyatt of Virginia at Jamestown. The first permanent potato patches in North America were established in 1719, most likely near Londonderry (Derry), NH, by Scotch-Irish immigrants. From there, the crop spread across the country.

A. Parmentier helped King Louis XIV popularize the potato in France in the 18th century. Parmentier created a feast with only potato dishes, a concept he realized was possible when he was imprisoned in Germany and fed only potatoes. Benjamin Franklin, ambassador to France, was in attendance of Parmentier’s feast in 1767.

Idaho, the present-day largest producer of potatoes, actually did not begin growing potatoes until 1836, when missionaries moved west in an effort to teach the native tribes to grow crops instead of relying upon hunting and gathering methods. However, it wasn’t until 1872 when the Russet Burbank variety was developed, that the Idaho potato industry began to flourish.

In October 1995, the potato became the first vegetable to be grown in space. NASA and the University of Wisconsin, Madison, created the technology with the goal of feeding astronauts on long space voyages, and eventually, feeding future space colonies. 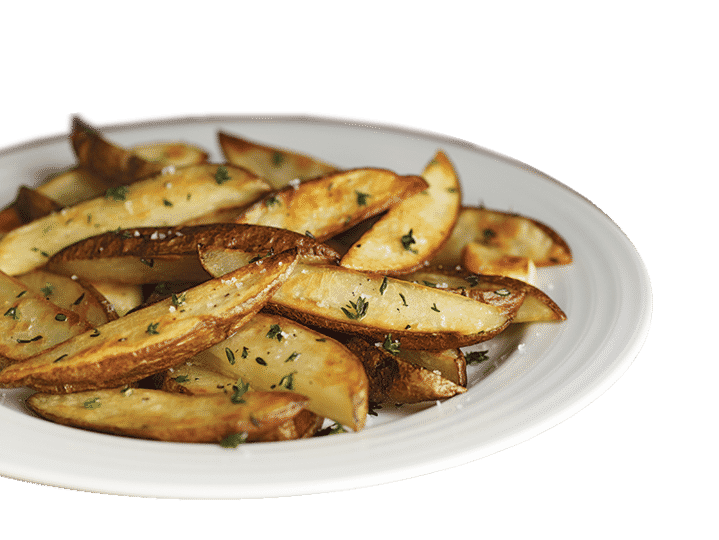 French Fries were introduced to the U.S. when Thomas Jefferson served them in the White House during his Presidency of 1801-1809. Collinet, chef for French King Louis Phillipe (reign 1830-1848) unintentionally created soufflés (or puffed) potatoes by plunging already fried potatoes into extremely hot oil to reheat them when the King arrived late for dinner one night. To the chef’s surprise and the king’s delight, the potatoes puffed up like little balloons. In 1853 railroad magnate Commodore Cornelius Vanderbilt complained that his potatoes were cut too thick and sent them back to the kitchen at a fashionable resort in Saratoga Springs, NY. To spite his haughty guest, Chef George Crum sliced some potatoes paper thin, fried them in hot oil, salted and served them. To everyone’s surprise, Vanderbilt loved his “Saratoga Crunch Chips,” and potato chips have been popular ever since.